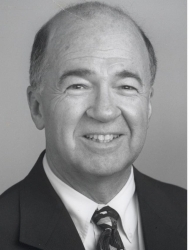 The Joseph F. Fagan, III Award for Research Excellence honors the career of an eminent developmental psychologist whose work fundamentally changed our understanding of how babies think. His work was the first to demonstrate that infants could perceive color and hues; retain information about stimuli for as long as 2-weeks; categorize and remember faces along the complex dimensions of gender, age, orientation, and emotion; and demonstrate information processing skills important for problem solving. Dr. Fagan’s work also serves as a model for strong translational science. He developed the Fagan Test of Infant Intelligence recognized as the first infant test capable of predicting school-age intelligence. The test was adopted worldwide as a tool to assess the impact of early neurotoxic exposures. Joe Fagan was a caring mentor to many graduate students during his tenure at CWRU from 1968 through 2013. He cultivated in his students a passion for rigorous research approaches with direct real-world application. Each year, a graduate student in the Department of Psychological Sciences who demonstrates a passion and commitment to research excellence will be selected by the faculty as the recipient of the Joseph F. Fagan, III Award.

To allocate your gift to the Joseph F. Fagan, III Award for Research Excellence, simply click this link,  enter the amount you would like to give in the “Other” line, then add “Fagan Award” in the “Special Instructions” box.